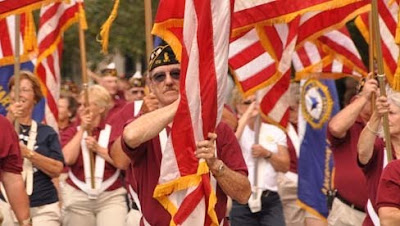 While the 92nd American Legion National Convention doesn't officially convene until Aug. 31, much will have gone on in Milwaukee - the host city - prior to the sound of the gavel striking down in the hand of National Commander Clarence Hill.

Thursday and Friday feature a Veterans on Campus symposium, as well as a Rebuilding Together event that will include Hill. On Saturday, the Legion's various commissions and committees meet; highlights include Michael Walcoff, acting under secretary for benefits for VA's Veterans Benefits Administration, and David Schettler of the National Cemetery Administration. Also on Saturday, the Legion will sponsor a veterans career fair that will last from 11 a.m.-4 p.m.

On Sunday, Aug. 29, on the convention's annual highlights will start when the parade gets underway at 4 p.m. Brig. Gen. Donald P. Dunbar will serve as grand marshal, while honorary grand marshal will be Past National Commander David K. Rehbein. Aug. 30 is also a busy day, with an update on the U.S. POW/MIA situation, as well as the Past Department Commander's Club luncheon and awarding of the James. V. Day Good Guy Award. 4Troops and country star Michael Peterson will provide entertainment at a free concert that evening.