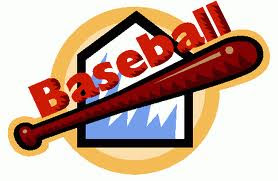 SPOKANE, Wash. -- Leave it to a bunch of Outlaws to steal the American Legion World Series championship.

The Oklahoma Outlaws racked up 14 stolen bases, including three steals of home, and swept Eden Prairie, Minn., 11-6 and 10-1 Tuesday night at Avista Stadium.

The Outlaws (66-10), based in Midwest City, had to beat the Minnesota squad twice to claim the title. Eden Prairie (39-9), a 9-6 winner over Oklahoma on Saturday, was 4-0 at the 19-and-under tournament until the final day.

Oklahoma pitcher-right fielder Dalton Bernardi was voted Most Valuable Player.
Bernardi went 3-for-5 with a double and three RBIs in the final, and he closed the game with 2 1/3 innings of shutout relief. Bernardi was mobbed by teammates near the mound after he struck out the side in the ninth before an estimated 600 toasty fans late Tuesday night at Avista Stadium.

“We came into these two games confident,” said Bernardi, a standout freshman at Rose State (junior) College in Midwest City last spring. “We knew we could get back-to-back wins against those guys.

“We didn’t play very well at all the first game we played them. They threw the same guy (Caleb Phillips) we saw the first time. We knew we could stroke him.”

The Outlaws outhit Eden Prairie 16-5. Tyler Schuman (1-0), who had not pitched since dislocating his right shoulder in the third game of the season in late May, tossed five innings of one-hit, shutout ball to earn the win.

“For him to come in and throw five innings is unbelievable,” veteran Outlaws coach Doug Weese said.

Greg Nelson keyed the Outlaws’ offense in the title game. The second baseman went 4-for-5 with three RBIs, including a two-run homer in the first inning and an RBI double in the eighth.

“Dalton, him and Nelson are the heart and soul of this team right now,” Weese said.
Chris Mullins (16-1), who lost to Eden Prairie on Saturday, won the opener Tuesday. Halbert had a straight steal of home, one of nine Oklahoma steals in the game, and hit a three-run homer in the seventh inning.

The Outlaws lost an outstanding athlete, J.T. Realmuto, when the third-round draft pick signed with Florida after helping Oklahoma win the Mid-South Region to qualify for the World Series.