This is your national
American Legion leaders
for 2013-2014 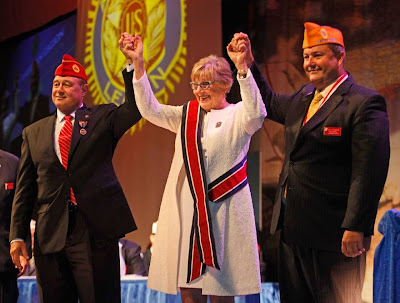 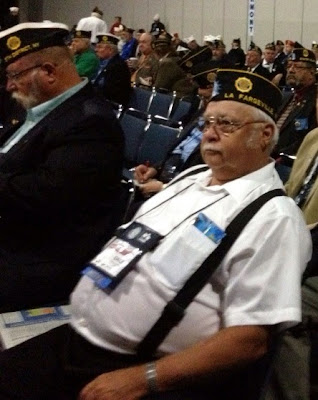 5th District Commander James R. Ellis at National Convention with Past Department Vice Commander for the 5th and 6th Districts Dale Dingman.
Posted by VolneyVet at 3:32 PM No comments: 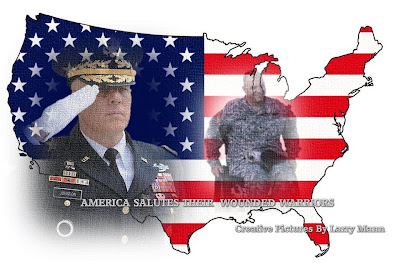 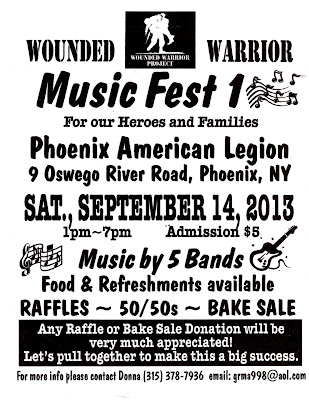 Posted by VolneyVet at 3:59 PM No comments:

Mr. Joseph Austin Mann, the recipient of the $1,000.00 scholarship,  played for Leon R. Roberts Post 161, Oneida County.  His application has been submitted to the National Organization for consideration for their scholarship.  James is a 2013 graduate of Holland Patent High School, Holland Patent, NY and is planning to pursue his education in the field of biology and attend SUNYIT.  He also wants to try out for the SUNY Wildcat Baseball Team.

Two other awards were presented at the State Tournament in Utica.  The “Big Stick” Award goes to the player with the highest batting average and greater number at bats.  This award went to Ian Allen, West Seneca Post 735, Erie County.

The MVP Award was given to Matthew Keating from West Seneca Post 735.  He threw a Championship Perfect Game by retiring all twenty-one (21) batters he faced for a  perfect game to help West Seneca come thru the losers bracket and win the 2013 New York State American Legion Championship and allow West Seneca the opportunity to compete in Brooklawn, NJ in the Mid-Atlantic Regionals.

Posted by VolneyVet at 10:28 PM No comments: