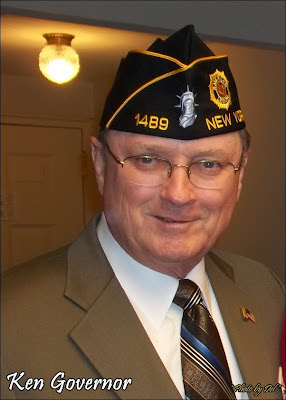 Ken is from Rensselaer County and North Greenbush Memorial Post 1489. In addition to being Treasurer of his post, Ken has held concurrent positions at the post, county and district level such as Commander, Vice-Commander, Adjutant and chair of numerous committees. He is currently a member of the Department Legislative Committee and Chair of the Public Relations Committee.

Ken is married to Sandra Gingeresky of Troy and they are the parents of three sons, two daughters and two grand daughters.

Ken's motto is:
Service First
To our men and women in uniform,
our veterans,
their families and our communities.
Posted by VolneyVet at 10:25 PM No comments:

Did you ever wonder why we celebrate Independence Day with fireworks? Fireworks have been used to celebrate special occasions for centuries, long before the American Revolution. They are originally a Chinese invention. According to one account, a cook in China mixed charcoal, sulfur and potassium nitrate, which he then stuffed into sticks of bamboo and tossed into the fire, where the whole thing exploded with a loud bang.

The noise was so frightening that those in attendance thought perhaps the popping sticks could be used to startle away evil spirits. The noisemakers soon became standard at Chinese weddings and religious rituals. Marco Polo is credited with bringing the concept to Italy in 1292, and the practice spread throughout Europe. Early American colonists brought fireworks to this country in the 1600s. 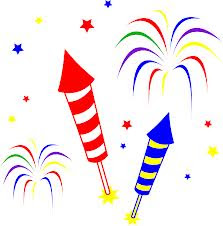 Those early fireworks were not nearly as elaborate as we enjoy today; the colors were limited to two: orange (made from black powder) and white (made from a metallic powder). Still, we know our founding fathers enjoyed them, as firecrackers were part of the first Independence Day commemoration in 1777.

In fact, in a famous letter founding father and second President John Adams wrote to his wife, Abigail, he states how the holiday deserves to be celebrated with "illuminations," that is, fireworks. "[The day] will be most memorable ... in the History of America," he wrote. "I am apt to believe that it will be celebrated by succeeding Generations as the great anniversary Festival. It ought to be commemorated as the Day of Deliverance by Solemn Acts of Devotion to God Almighty. It ought to be solemnized with Pomp and Parade, with Shews, Games, Sports, Guns, Bells, Bonfires and Illuminations [fireworks] from one End of this Continent to the other from this Time forward forever more." John Adams loved celebrating the Fourth of July. Interestingly, he died on July 4, 1826 -- the 50th anniversary of American independence. 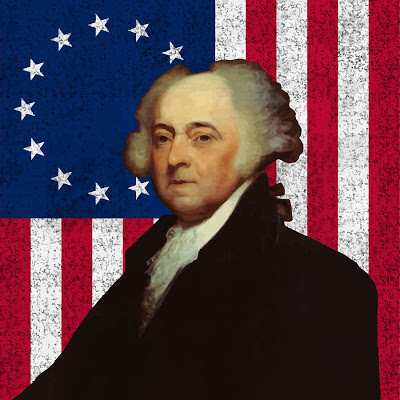 Posted by VolneyVet at 8:47 PM No comments:

On June 28, The American Legion’s Operation Comfort Warriors (OCW) program helped feed and entertain hundreds of injured servicemembers and their families during a special day at Fort Knox.

Representatives from the Department of Kentucky and National Headquarters attended the Fort Knox Warrior Transition Battalion Organization Day – a day filled with activities for the wounded servicemembers and their families, including a car and motorcycle show, as well as a dunk tank, jump house and face-painting for children. OCW provided 135 pounds each of cole slaw, macaroni salad and potato salad, and around 500 cookies and 300 bags of potato chips for the lunchtime cookout.

"It was a good day of fellowship for the Legion to show our support for these guys and their families," said James Ellison, the Legion’s OCW coordinator.

OCW is a fundraising program that turns 100 percent of donations into gifts for wounded servicemembers and assists others in the Heroes to Hometowns program. Previous gifts have included special clothing for burn victims, sports and fitness equipment for adaptive therapy programs, and entertainment items such as DVDs, CDs and art supplies.

More than $600,000 has been raised since National Commander Jim Koutz announced that OCW would be his main fundraising program during his tenure. His initial goal of $500,000 was raised to $750,000 during the 2013 Spring Meetings in May. The deadline to meet that goal is by National Convention in August.

Posted by VolneyVet at 7:04 PM No comments:


From the 1950s through the 80s people living or working at Camp Lejeune, NC were potentially exposed to drinking water contaminated with industrial solvents, benzene and other chemicals. 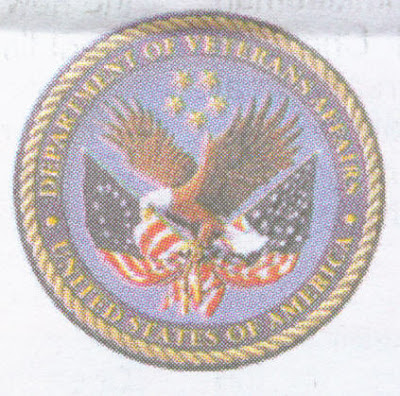 If you already use VA healthcare you should tell your doctor. Those not enrolled should call 1-877-222-8387

At this time it is for healthcare only, not disability compensation.  Comp claims that a veteran believes to be connected are decided on a case by case basis.

Posted by VolneyVet at 6:34 PM No comments: