The Washington Post (blog)
Should soldiers get a medal for holding fire? 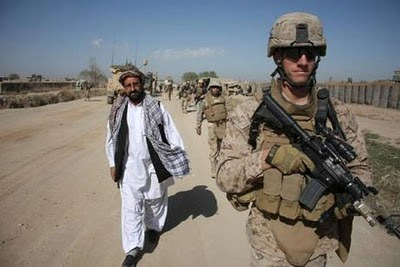 The idea of issuing a medal for "courageous restraint" may sound like a noble idea, especially during a war where it's often hard to differentiate between combatant and civilian. But when news recently broke that military commanders in Afghanistan were kicking around the idea of honoring those who hold their fire, the reaction from veterans groups was swift and forceful.

In a press release, Clarence E. Hill, the national commander of the American Legion, called the idea "misguided." "The proposal to award medals for holding fire is troubling because it is symptomatic of a growing culture in the military that will punish troops for making split-second decisions while they are expected to defend themselves and their comrades," he said. "This proposal is an insult to our men and women in combat who already do an extraordinary job of exercising restraint. Too much restraint will get our own people killed."

He also said it would imply that those who do "fire their weapons are somehow failing in their mission."

But Air Force Lt. Col. Tadd Sholtis, a military spokesman in Afghanistan, said by email that "there's no proposal for a new medal." He said it was an idea floated by Britian's Maj. Gen. Nick Carter, the commander of Regional Command South.

"The modest backlash by some to this idea -- which was never more than an idea -- as putting our troops at risk kind of misses the point," Sholtis wrote. "By being in a combat zone, our forces are by definition at risk. In this environment, they retain and are expected to exercise the right to defend themselves and their buddies. To say that we should value restraint in potentially dangerous situations is only to promote the ethics our forces have always taken with them to war. That position is not now -- any more than it has been in the past -- incompatible with the right of troops to employ lethal force when circumstances dictate."

So what do you think? Should the military award those who go out of their way to avoid civilian casualties?
Posted by VolneyVet at 9:58 AM