Below are a few photographs of the annual
meeting of THE AMERICAN LEGION. 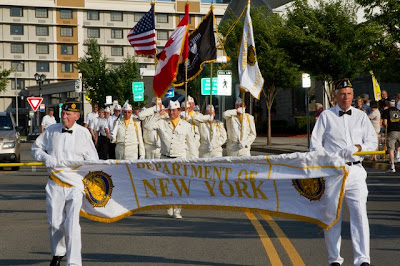 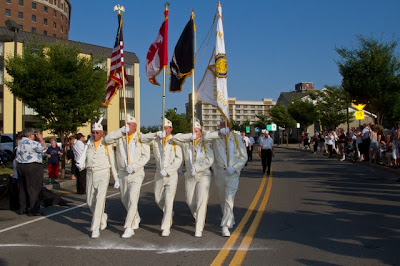 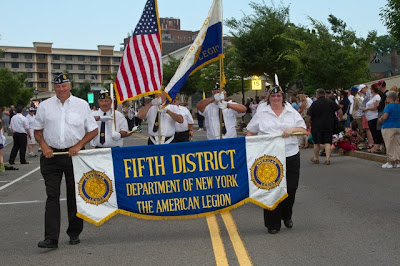 The Fifth District Lead The Parade... 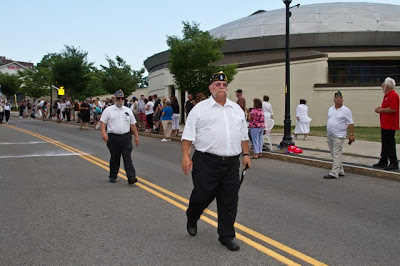 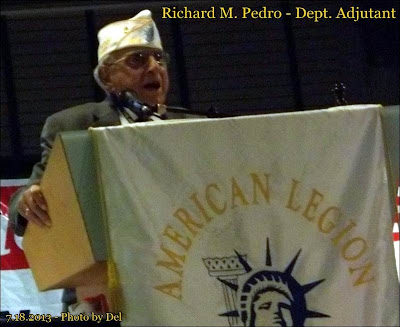 Although the parade started out on time, a quick storm blew up and it became almost impossible to hold the colors and march. As the skies darkened and the clouds increased, the wind picked up and the decision was made to curtail the parade.

The storm gained force and the rain and wind was soon pounding down against the buildings and grounds with mighty force. Several areas were without power as lightning strikes felled trees and power lines and poles.

The convention ended on Saturday with the election and installation of Commander Ken Governor to serve The American Legion, Department of New York for the year 2013-2014.

Our own James R. Ellis was given the oath of office of 5th District Commander by then-Adjutant Dick Pedro. Now it is our duty to support Jim and make his year a success for him. Coming up very soon, on October 5th is the visitation of the department commander Ken Governor, auxiliary president Barbara Corker and Sons of the American Legion commander John P. Chang.

Watch this blog for latest information on the visitation and dinner plans for these dignitaries...
Posted by VolneyVet at 7:46 PM