BOY SCOUT OF THE YEAR 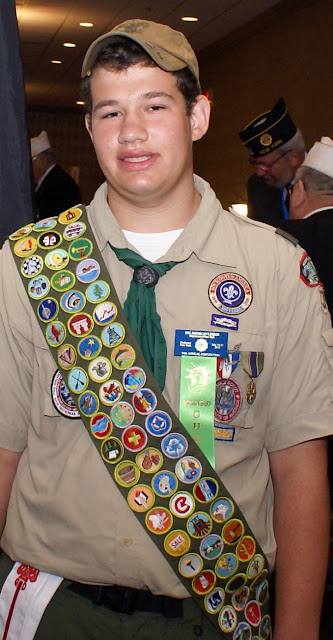 When he first got involved in Scouting at the age of 11, Reichner told the convention, he set a goal to earn every merit badge. He managed to do just that, earning the last one just a few days before turning 18. "About five weeks before my 18th birthday, the Boy Scouts added a new merit badge in welding." A legionnaire who was a welder "came to my rescue" and taught him the welding skills he needed to earn his 129th badge.

"On this quest," he said, "I discovered the value of commitment and the power of an encouraging word."

Posted by VolneyVet at 8:17 PM