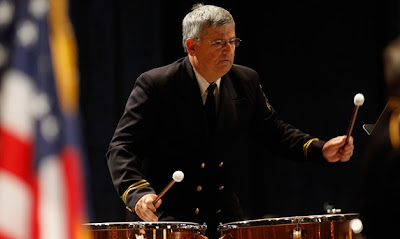 The music may have changed, but the results were largely the same. The Band of the Tonawandas, based in Tonawanda, N.Y., successfully defended its 2011 win in The American Legion National Convention Band Contest on Saturday afternoon with a total score of 95.

Second place went to the American Legion Band of Greater Kansas City, from Kansas City, Mo., with a total score of 89.7. This year marked the ensemble’s 62nd consecutive appearance in the Senior Band competition.

The contest can be seen in its entirety on demand at www.legiontv.org.

Posted by VolneyVet at 1:02 PM