Each year, the Oswego County American Legion presents a program of awarding Eagle Scout Awards to the scouts who have acquired this level of scouting. Good Citizenship medals and Certificates are presented to each one. These are a few pictures from past year's programs. 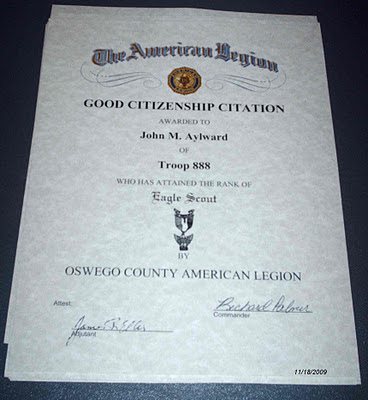 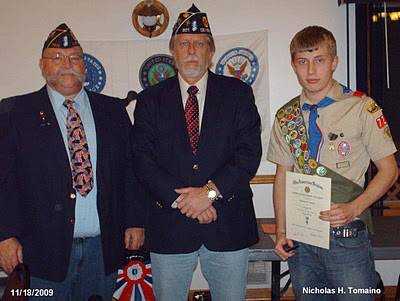 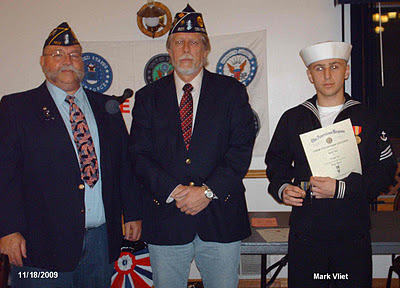 Scouting Chairman Jim Ellis, Commander Palmer
and Mark Vliet
After the presentations, there are refreshments which usually include cake and soda and coffee. Parents are urged to attend and if their son can't be present, his award will be presented to either a parent or a scout representative. 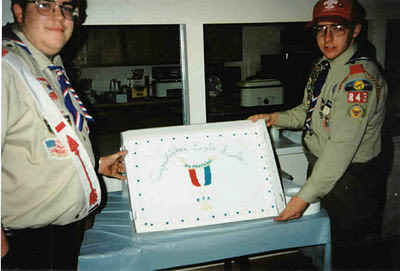 In the year 2002-2003 Emily Meade was the Oswego County Commander and proudly pinned the badges on the scouts. 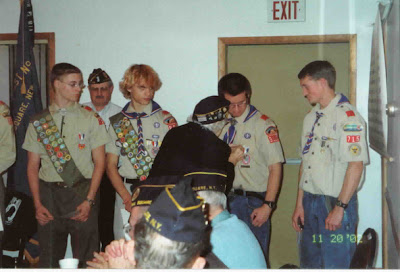 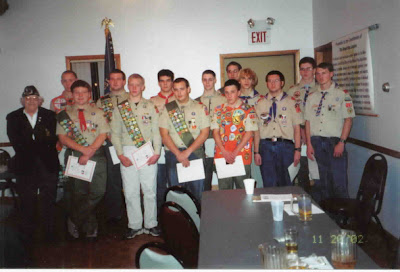 2002 Eagle Scouts with Awards and Certificates
Each year Oswego County awards 10 to 20 of these awards in recognition of the dedication of these Eagle Scouts. It is a proud moment for both parents and scouts. Scouting was one of the first children and youth committees which the American Legion originally sponsored and devoted much time to caring for the veteran and his or her family. 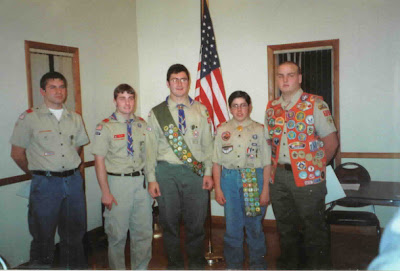 The future leaders of our great country
the United States of America!
GOD BLESS AMERICA!
Posted by VolneyVet at 4:03 PM