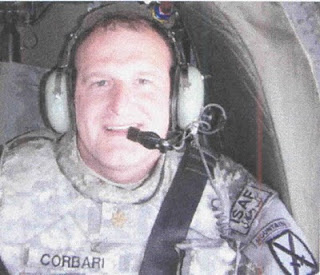 I wanted to take a moment to thank you all for your generous, thoughtful, and caring gifts that you sent to our Soldiers during our deployment this past year to Afghanistan. We received hundreds of boxes from all over the state: From Ogdensburg to Plattsburgh, from Albany to Duchess County, from Cortland to New York City, from Buffalo to Rochester, Oswego to my dear friends in Alexandria Bay; literally from across the entire state.

As a native New Yorker, I was especially proud of the support we received from you, and I thank you all for you incredible generosity and thoughtfulness. I wish it were possible to thank each of you in person or even with a personal letter, unfortunately it was just not possible. Please accept this message with all the
sincerity and gratefulness as though I was there in person. If your organization, friends, and/or family had a hand in sending us a package this year, please thank them for us.

It was a difficult year for us. It was not all victories and progress. We are now in the process of returning our forces. We have left the souls of 29 of our brothers in arms here. Their losses are felt by many. They were husbands, fathers, brothers, sons, grandsons… their losses are real, and painful. We also rejoice in the return of over 250 others who, although bearing the scars of war for the rest of their lives are alive to rejoin their families.

It was an enlightening and challenging year. Many of our Soldiers departed around Christmas time last year. I loaded a bus shortly after our Christmas dinner. We deployed to an area of Afghanistan with significant strategic importance, an area just south of Kabul that had seen a dramatic increase in violence over the previous 9 months, despite the lack of presence of US Soldiers. A common argument given by those opposed to a surge is that our mere presence causes a rise in violence. Wardak and Logar have proven the fallacy of such a theory.

TF Spartan, a force of over 3,000 US Soldiers from Fort Drum, replaced an element about 1/10th its size. TF Spartan was the first of the forces to surge under President Bush’s plan last year, changing in the months leading up
from a deployment to Iraq to a deployment to Afghanistan. Most of our lead up training had been on preparation for Iraq.

TF Spartan was in fact involved in more “significant activities” over the past year
compared to the forces it replaced, however that is not the salient metric to use. Over the past year, the Wardak and Logar provinces have seen dramatic improvements in housing starts, economic recovery, governmental reform, indigenous security, and overall quality of life to name but a few areas.

Surging forces in a counterinsurgency works because it overwhelms the enemy and provides locals with the sense of security that empowers them to stand up against the insurgents. While it is not a popular notion to put more of our best and brightest in harm’s way, I believe it is the only way to achieve victory in an extremely complex and difficult environment. The fight Americans need to be
fighting right now is in ensuring that Soldiers, Airmen, Sailors, and Marines have everything they need at their disposal to be successful in this fight. Currently, they do not.

Our first priority should be in transferring usable materials, equipment and technologies from Iraq to Afghanistan. This is no small task and will require significant logistical assets to accomplish. Next, we need to ensure that Soldiers have what they need to train at their home stations prior to departing for Afghanistan. Currently, the Army is woefully short in this area, shuttling equipment from post to post just prior to the departure of units in an effort to get them trained. It is too little, and comes too late to have a significant impact.

Next, the Army needs to relook its deployment planning, commonly referred to as
the “patch chart.” The fight in Afghanistan is about relationships. Units should redeploy routinely to the exact same areas, where they can leverage their past experiences and relationships. Additionally, providing Soldiers more stability by allowing them to stay longer with the same unit and do multiple deployments with the same unit, to the same location, would allow units to leverage incredibly valuable experience and institutional knowledge. Currently, about 60% of our unit is slated to change out within 6 months of our return. Many of those Soldiers will move to a new duty station and deploy again within 6-9 months of their arrival with the new unit. This is costly, hard on families, and not the way to
set our Soldiers or their units up for success.

Finally, in order to support the incredible surge currently planned, significant improvements to infrastructure in Afghanistan, particularly in places like Bagram Air Base will have to be completed. There is limited capacity to support the current planned timeline, let alone the assets to transport all these forces and equipment.

The mission we have is important. Having experienced all the frustrations of this war during the last year, I can confidently tell you that this incredibly complex and difficult conflict is winnable. It will not be easy, nor will it come quick. The American service members are committed to seeing this through, they and their families are the ones who have borne the great majority if not all of the burden of this fight. It is my hope that Americans will rally around us and help us see it through. We don’t want to be pulled out, we want the support to be victorious and return home with the knowledge that we have completed our mission.

As a thank you to the posts that supported us this past year, I am offering to come and address your membership personally. We have put together a short slide presentation about our year here and how we are in fact making a difference. I welcome the opportunity to share these experiences and victories with you and your membership.

NOTE: Major Corbari is due home from Afghanistan on or about January 15, 2010 and has been invited to attend the Mid-Winter Conference and speak at the Town Hall Meeting on Sunday January 24, 2010.
Posted by VolneyVet at 9:33 PM