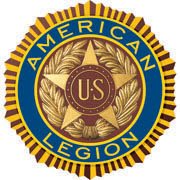 NEW YORK STATE OFFICERS
of the 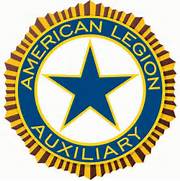 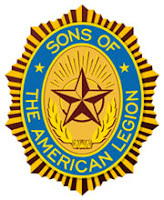 
made their official annual visitation to Oswego County on Tuesday, October 3, 2017 with a meet and greet luncheon at Homer Russell Smith Post 587 in Fulton.

Traveling with them was the Sons of the American Legion State Commander William Clancy III. They had lunch with over two dozen Legionnaires from our county as well as those traveling with them.

There was a brief tour of the Fulton War Memorial before they motored to Oswego for a guided tour of historic Fort Ontario.

The weather was ideal: sunny and warm and everyone was interested in the history of our Fort Ontario.

Following are a few pictures of the days events prior to the evening meal which was served at Horning-Fournier Post 418 in Phoenix with nearly a hundred persons attending to partake of the pork dinner with all the trimmings as well as a fine cake for dessert. 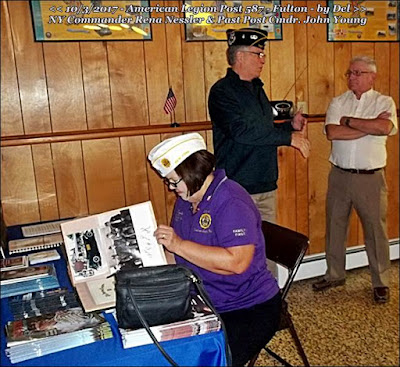 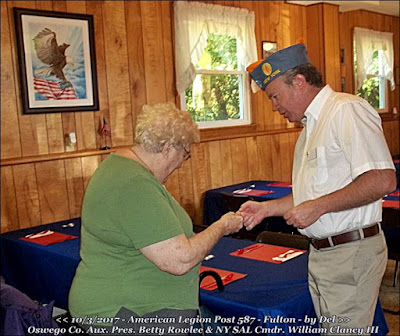 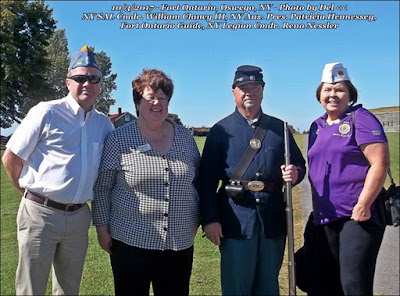 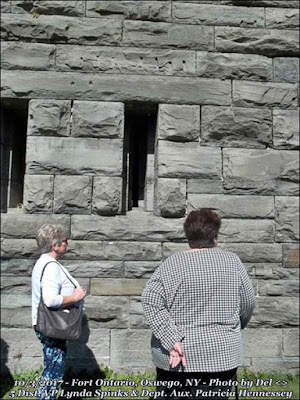 Visitation continued on next blog.....

Posted by VolneyVet at 6:25 PM