Horning-Fournier Post 418 with its Auxiliary, Junior Auxiliary and Sons of the American Legion entertained the residents of the 8th floor at the Syracuse VA Medical Center with a BBQ meal on Saturday, August 20th. 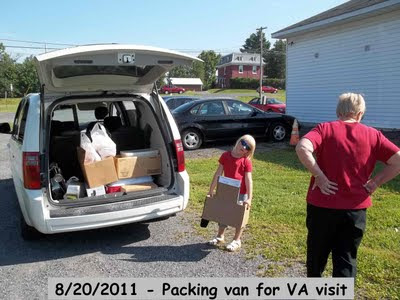 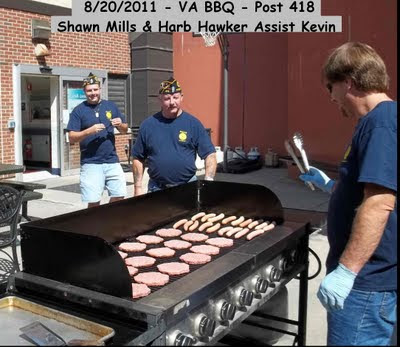 Getting the BBQ started was
Commander Herb Hawker,
Shawn Mills and Kevin Lamson 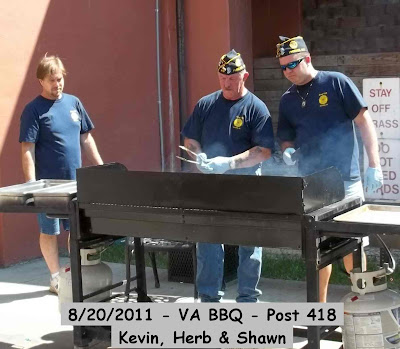 It's a HOT job but
someone has to do it! Meanwhile on the 8th floor
the serving line has been
set up awaiting the
hamburgers and hot dogs!
After lunch, tables were cleared and those patients who wanted to play Bingo picked out their cards and got set for nearly 2 hours of Bingo.
Many games were played and many won the prize of a canteen book that they may use in the canteen for whatever they want or need.
The junior auxiliary members helped patients keep track of their cards as well as the American Legion, Auxiliary and Sons of the American Legion. 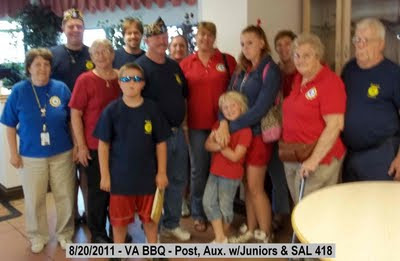 The whole crew who worked
on the BBQ and Bingo Party!
All in all, it was a very enjoyable and rewarding day for the patients as well as the members of the Legion family who worked so hard and long to make it a successful endeavor.

We look forward to repeating the performance soon.
Posted by VolneyVet at 9:05 PM