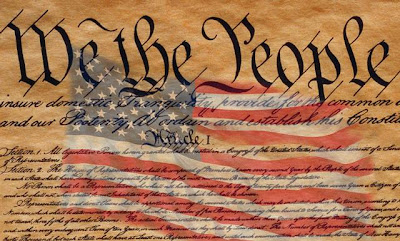 American Legion Applauds House’s
Constitutional Reading
INDIANAPOLIS (Jan. 6, 2011) – “Music to America’s  ears,” was how The American Legion’s National Commander characterized today’s reading of the U.S. Constitution on the floor of the House of Representatives.

“The Constitution should be revered by all Americans but it is especially so by the veterans of this country, all of whom swore an oath to defend this document with their lives,” said National Commander Jimmie L. Foster. “While The American Legion has its own constitution under which it operates, it is the U.S. Constitution that guides our reason for existing. The freedoms which it guarantees are the values that many of our brothers- and sisters- in-arms have died for.  We operate a number of youth programs designed to instill a deep appreciation for this remarkable document among the next generation. The American Legion applauds Congress for providing this poignant reminder of America’s greatness.”

Every year The American Legion’s national headquarters awards $138,000 in scholarships to the top competitors in its High School Oratorical Scholarship Program, “A Constitutional Speech Contest.” A scholarship of $18,000 went to the 2010 Champion, Tori Beth Black of Iva, S.C.

In her winning speech, Black praised the Constitution as “the result of honor, freedom and integrity.” She saluted the veterans who fought to defend it. “Because of the great men that fought and died for these freedoms, we have a successful government and relevant Constitution that we follow to this day.”

While Americans may disagree about how to interpret the Constitution, Foster believes such debates enhance its value. “One of the great characteristics of the Constitution is that the framers included a mechanism to improve it. Article V provides a process to amend the Constitution so the will of the people would not be ignored.”

If for no other reason but to serve as a reminder to Congress, an abundance of historical evidence indicates that the founding fathers would probably approve of the “teachable moment” provided by the House today.

“The Constitution ought to be the standard of construction for the laws, and that wherever there is an evident opposition, the laws ought to give place to the Constitution,” Alexander Hamilton once said.