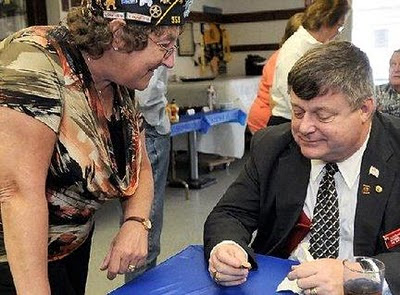 Post-Standard
Clarence Hill (right), the national commander of The American Legion,
talks with Paula Wilcox, the Onondaga County family support coordinator
of the Legion, during an informal lunch at the Legion's Post 1832 in Mattydale.
Mattydale, N.Y. - American Legion National Commander Clarence Hill said today his goal for this year has been to increase membership and connect members across the country on social networking sites.

Hill, who was at the American Legion Post in Mattydale today meeting with members, often visits posts across the nation.

"When I visit posts we talk about whatever the members want to talk about," Hill said. "It can be global issues or how to reach out to younger members. But I like to come to posts like this because you can see the history. You walk around and look at the walls and you can see what this post has been doing over the years."

Hill said he has been speaking to posts across the country about gaining new membership by reaching out to veterans of the recent wars in Iraq and Afghanistan. Hill said all veterans have the fact that they served in common and legions should open their doors and adapt to the needs of the younger veterans.

Getting members to connect is also important to Hill.

"My other goal for the year is to get the members to embrace the Internet, participate on blogs and have a presence on social networking sites," he said.

Hill has a Web site at where he chronicles his journey across the country. He also is active on Facebook and Twitter. 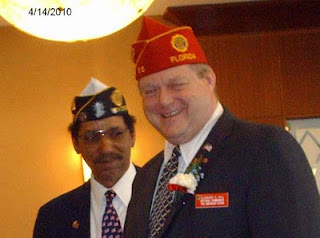 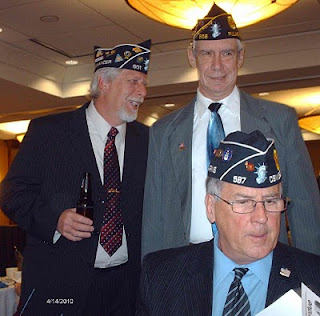 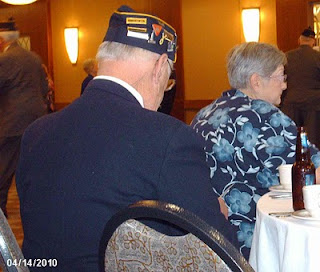 
Department of NY Adjutant Richard M. Pedro was discouraged at the turn-out and announced that each Post should have had at least the commander and one other member present for this occasion.
Posted by VolneyVet at 1:41 PM