Christmas is fast approaching, and with the holiday season comes a barrage of attacks on religious expression. Specifically, in the past several years we have seen one of the most popular, beloved symbols of Christmas come under fire – the Nativity scene.

This year is no different. On November 19, a federal judge ruled that the city of Santa Monica is allowed to ban seasonal displays. This includes a Nativity scene that has been displayed in Palisades Park for approximately 60 years. 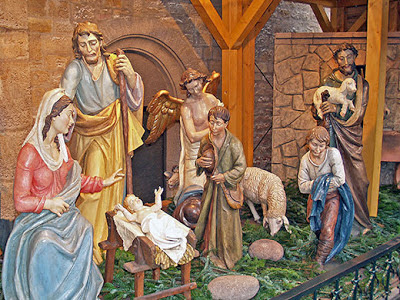 The controversy began three years ago when a member of the American Atheists, Damon Vix, was granted a booth in the park next to the longstanding Nativity display.  According to the Christian Post, Vix then recruited other members of the atheist group to apply for additional spaces. The increase in permit requests led to the city implementing a random lottery system to hand out spaces. This meant the Nativity Committee had to cram their display into two spaces, as opposed to their previous 14. Ultimately, the city decided the process was too costly, and chose to eliminate the displays altogether. Although the Nativity Committee sought to reverse that decision, Monday’s ruling by the federal judge sides with the city.

This recent incident in Santa Monica is a frightening example of the lengths these atheist groups will go to eliminate public expression of faith. Liberty Institute is committed to helping cities and counties across America who are facing similar situations, and we are currently advising several counties that have already received baseless, threatening letters from groups like Freedom From Religion Foundation that demand the removal of public Nativity scenes.


You won’t hear these stories in the mainstream media, but the War on Christmas is very real and is continuing to heat up in cities and towns across the country. Last week, a small Illinois town chose to remove a Christmas cross from atop the village water tower after the Freedom From Religion Foundation threatened a lawsuit.

The 19-foot lighted cross has been placed atop the Alsip, Ill., water tower every year since 1973, but this year, the cross will be replaced by a tree. According to an article in the Southtown Star, the village mayor made the call in order to avoid a costly lawsuit.

Sound familiar? It should, because this is the way FFRF and other radical groups operate. They fire off demand letters to any city or school district that dares to allow public displays of faith, they threaten lawsuits and they bank on the fact that these local government officials will cave to avoid large legal expenses.

Posted by VolneyVet at 8:39 PM