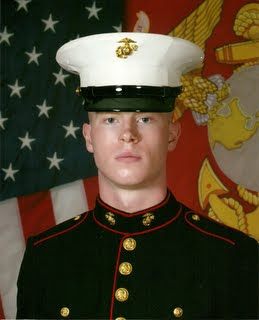 Lance Corporal John G. Curtin, a 20-year-old Wingdale native was in Afghanistan less than two months when on 15 February an improvised explosive device (IED) exploded in front of him.  The blast took both of the Marine's legs, shattered his left hand, blew out his right eardrum and left a gaping hole in his right forearm.

Lance Corporal Curtin is now at Walter Reed Army Medical Center in Washington DC.  His mother and older brother have both taken leave from their jobs to be with him. They are currently staying at a Fisher House but may need assistance with travel expenses. 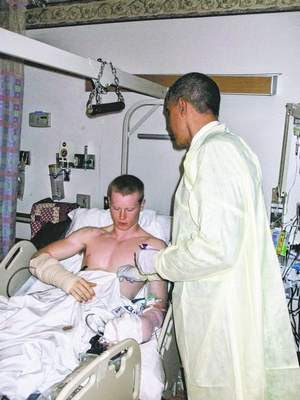 President Barack Obama awards Lance Cpl. John G. Curtin the Purple Heart in a Feb. 23 ceremony at the National Naval Medical Center in Maryland. Curtin, 20, a Wingdale native, lost both legs above the knee in an IED explosion in Afghanistan. / Courtesy photo 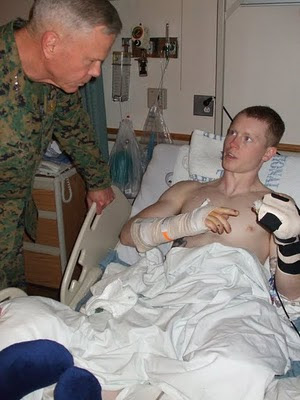 Posted by VolneyVet at 7:27 PM