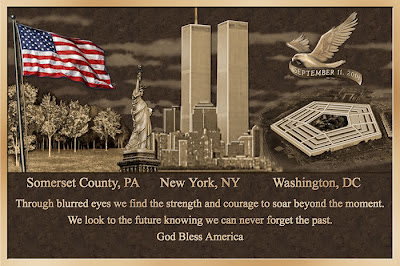 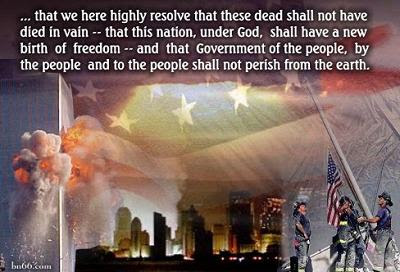 Posted by VolneyVet at 4:41 PM No comments: 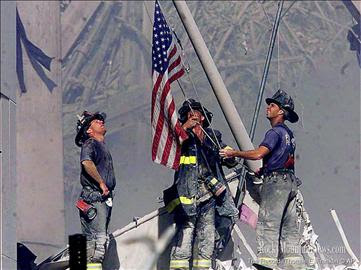 As we remember this day that changed our world, here is a short video about ordinary people that did extrodinary things, just because it was the right thing to do.

Posted by VolneyVet at 4:40 PM No comments: 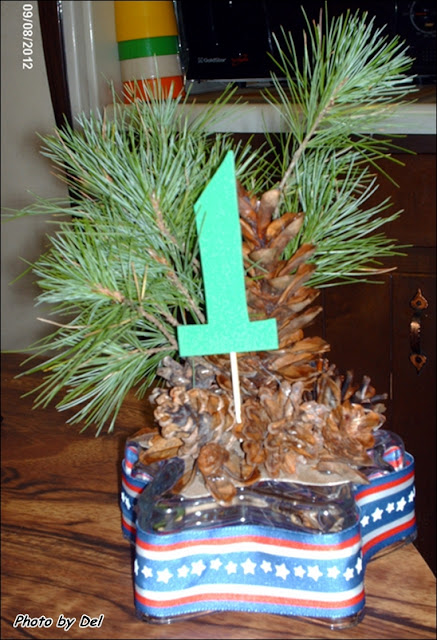 The Oswego County American Legion Auxiliary came in #1 in the 5th District for membership as of September 9, 2012!!!

Yeah, Girls, let's keep it going! We can do it if we just Remember, Renew and Reach Out!

Just think what membership we could have if each one of us got JUST 1 new member! Legionnaires Tom Nebgen of Rome, Ill. (right) and Michael Helm of Norcatur,
Kans.,give a gift bag to veteran Keith Hirschey of Mattoon, Ill.,
at the Veteran's House in Indianapolis.(Photo by Eldon Lindsay)
A delegation of Legionnaires treated patients at the Roudebush VA Medical Center in Indianapolis to gift cards, clothes and other comfort items on Aug. 27, during The American Legion's 94th Annual National Convention.

The visit was part of the Legion's ongoing Operation Comfort Warriors (OCW) efforts to provide recovering warriors with items that make their hospital stays more comfortable. To date, OCW has received nearly $1 million in donations, according to John Raughter, the Legion’s communications director.

"We know that many of our servicemembers and returning veterans spend a long time recovering from their wounds at Roudebush and other VA medical centers across the country," said Jacob Gadd, the Legion's deputy director of health. "So we try to make their stay a little easier with things the federal government can't provide them."

Among items handed out to patients at Roudebush were Amazon.com gift cards, toiletries and clothes. Gadd explained that OCW’s efforts fall in line with patient-centered care being promoted at Roudebush and other VA facilities.
“
Regaining good health is, of course, a key goal," Gadd said. "But the medical staff at Roudebush also pay attention to a patient’s other needs — emotional, social and making their immediate environment more comfortable. That’s an area where we can help.”

Through OCW, the Legion contacts officials at military hospitals, warrior transition units and surrounding communities, determining which comfort items are needed by wounded, injured or ill servicemembers. Once a need is identified, items are ordered by the Legion and delivered quickly to the troops.

All of OCW's administrative and marketing costs are paid for by the Legion's general fund, meaning that 100 percent of donated funds go directly to purchasing comfort items for patients.

The Roudebush facility has nearly 160 beds with more than 100 doctors and 550 registered nurses on its full-time medical staff. Annually, the hospital handles more than 1,000 surgeries, 11,000 emergency room visits and 500,000 outpatient visits.

Posted by VolneyVet at 2:30 PM No comments:

One way the Legion Family can help is to donate a penny for every year
that each individual is old.

It’s as simple as that! Get a “Miracle Pennies by the Year” kit and start helping kids.

To order a “Miracle Penny” kit go to:

Posted by VolneyVet at 1:20 PM No comments:


Last spring the sixth grade students at Mexico Academy and Central Middle School had a special visitor.  On April 30, Army Major Jeremy Larchick came to the school to thank the students for a gift they sent to Afghanistan while he was there, and to share about his experiences in that country.
This past winter all of the sixth-grade students, all 175 of them, paired up to make a total of 82 pillows under the direction of middle school career and living teacher Susan Soscia.  Soscia has a special connection with Larchick, as he is her nephew, and he acted as the liaison between the school and the children in Afghanistan to whom he distributed the pillows to when they were sent in February 2012.

Larchick, whose official title is Major Jeremy Larchick, JAG Corps, legal advisor for the 3rd Brigade Combat Team, Fort Drum, was in Afghanistan from March of 2011 to March of 2012.  At the middle school he shared his experiences through voice and power point.
“Our mission,” Larchick noted, “was to protect the people who lived in our districts and defeat the people fighting the government of Afghanistan.”
He discussed the Afghanistan police, the military, and the dress.  With his power point Larchick answered the question,
“What was Afghanistan like?”
“Houses made of mud; dry and hot in the summer and cold in the winter; very poor country; most people cannot read; most people farm.”

Mexico school district superintendent Robert Pritchard attended the middle school event and at timely intervals he added to Larchick’s presentation.  Pritchard recalled his days of service as a lieutenant colonel attached to the Army’s 82nd Airborne Division in Afghanistan from September 2002 to August 2003, and he shared many of his memories with the sixth-grade students.  Speaking specifically about the Afghanistan countryside, Pritchard used the word inhospitable.
Larchick also told about the day of an Afghanistan child.  They wake up and pray (Muslims pray five times a day), and they do chores on the farm.  Their school day, if they are lucky enough to go, is from 8 a.m. until noon and they work at home after school.

Did the children ride buses to school?
No, not where Larchick was stationed; they walked or some of them rode bicycles.
When Larchick arrived in Afghanistan there were two schools in his area – an area with only one paved road.  While he was there they helped the Afghans build 16 more schools and this project was referred to Operation Education.  The American soldiers required, upon building the schools that girls be allowed to go. All ages of students went together to school and learned together.   Most of the schools had one teacher, a well and an outhouse.   “We handed out a ton of school supplies,” recalls Larchick.  They also built a police station there.
Statistically out of 100 people only 15 percent are able to read and write at a third-grade level.
“We really worked on improving the literacy rate there,” says Larchick.

What was a typical day like for the soldiers in Larchick’s unit?

They woke up early and ate a good breakfast and prepared for the day.  Preparing for the day meant putting on a helmet, bullet proof eye protection, fire proof gloves, a bullet proof vest, a weapon and bullets, and elbow and knee pads.  Then the soldiers went on patrol and talked to the local Afghans through translators for four to five hours.  Returning to the base they cleaned their gear and discussed wheat they had learned that day.  Then they got their mission for the next day.  After dinner (they ate a lot of goat meat, rice and bread), Larchick went to bed – on a twin-size cot in a tent with 11 other soldiers.

Despite the challenges and difficulties that Larchick experienced in Afghanistan, he made note of the fact that he had friends while there.
“I did make a lot of friends and I was almost sad to go.  I’ll be honest with you.”
On the other hand, Larchick shared that the worst part of being on this mission to Afghanistan was missing his wife and three children.  The best part of his day was getting mail, and “Talking to my family on the telephone or over the computer.”
He also mentioned eating as a favorite as a best part of the day.

The pillows that were sent by the Mexico Middle School students were used, interestingly, in the schools.  Why?  Because there were not enough desks for all the students and the children did not like desks.  Rather, they sat on mats that were about the size of crib mattresses and propped themselves up on pillows.
Speaking about Operation Education Larchick said that they, he and his fellow soldiers, were proud that they could get a lot of kids to go to school.
Larchick was also glad to come home to the United States.
“That was a pretty happy occasion,” he recalls.

Posted by VolneyVet at 1:22 PM No comments: