A year after Snyder stepped on an improvised explosive device laid by Taliban that he was trying to detect while on duty in Kandahar, the American is swimming at the London Paralympics – and adding sporting medals to his military ones.

"It was pretty much immediate that I (decided I) was going to try and minimize my blindness as much as possible, and get out and pursue success," Snyder told The Associated Press.

"Thankfully my support network was pretty savvy and said, `You should check out this Paralympic swimming thing.'"

Snyder is glad he listened, having quickly excelled with the same determination he applied to clearing IEDs in one of the most dangerous Afghanistan assignments.

Before Friday's anniversary of the blast, Snyder has already been on the London podium twice: winning gold in the 100-meter freestyle and silver in the 50.

"This is something every kid dreams of when they are 8," he said. "I remember Tom Dolan winning the 400 IM in Atlanta (at the Olympics).

"Through blindness I've been able to experience a level of competition I never would have otherwise. So in a way I am very thankful for that."

Snyder is one of many servicemen in London using sports to aid their recovery after being horrifically injured on the front lines of the Afghanistan and Iraq wars.


"I hope that my generation," Snyder says, "the warriors coming back from Afghanistan and Iraq who are lying in bed missing a limb or whatever and they don't know what's next, can see my story and say: `Hey, that's for me. If he can do it, I can too.'"

Snyder's remarkably fast journey from the battlefield to elite sporting competition began soon after he discovered he would never see again.

He is one of the lucky ones, as shown by the tattoo commemorating a fallen comrade that adorns his chest.

"In my line of work, I had seen quite a few injuries due to blasts, and none of them were very good," Snyder said. "I was able to see out of my left eye for a brief moment after I was blown up.

"I looked down and saw I had both my legs and both my arms, and immediately felt relatively optimistic about the outcome. I felt very thankful that maybe this isn't going to be so bad."

There are 20 wounded servicemen on the U.S. Paralympic team, with six veterans of the Afghanistan or Iraq conflicts.

"To put a different uniform on, to put a track uniform on instead of my country's combat uniform – it's a big honor," said Chris Clemens, who will compete in the 100 and 200 sprints and long jump.

Clemens sustained brain injuries while serving as a Navy Seal in 2004 when a rocket-propelled grenade exploded at an Afghan camp. He now competes in the classification group for athletes with cerebral palsy.

"It allows me to escape my injury," Clemens said. "It truly allows me to feel free. I see the disability gone."

That was the sentiment sought by pioneer doctor Ludwig Guttmann when he organized an archery competition for 16 patients at Stoke Mandeville Hospital in Britain for servicemen injured in World War II. He held it about the time of the 1948 London Olympics and the event evolved from 1960 into the Paralympics.

British victims of the Afghan and Iraq conflicts are also competing, with eight former servicemen among the home team.

The British program, Help For Heroes, which assists the war wounded to use sport in their rehabilitation, was inspired by Derek Derenalagi, who lost both legs in Afghanistan five years ago.
The Fijian-born soldier was pronounced dead before a pulse was found just as he was being put into a body bag.

His remarkable recovery was completed when he competed in the discus last week in front of 80,000 people at Olympic Stadium.

As did Nick Beighton, who rowed for Britain less than three years after both legs were blown off in Helmand Province while he returned from a foot patrol. He spent 13 days in a medically induced coma.

"Sometimes the biggest battle is healing your mind, getting over what has happened and rationalizing who you are now from who you were and what you thought you were going to be in life," Beighton said.

"You have a very fixed idea of who you are and what you want to achieve in ... that is what the military teaches you. You set yourself a target and you push on beyond it."
Finding a way of living when the focus has previously just been on surviving is often what it comes down to.

"There's no point being in the corner and letting yourself down after being injured," said British sitting volleyball player Netra Rana, a Gurkhas rifleman who lost his left knee in an explosion in Afghanistan.

"This is life. You have to find your way and find a way to enjoy yourself." Josh Olson, Shooting
The first active-duty service member ever to compete in the Paralympics, Sgt. 1st Class Josh Olson lost his right leg from the hip down during a rocket-propelled grenade attack while deployed in Iraq in 2004, WTVM reports. A member of the Army's Marksmanship Unit, Olson will compete in two rifle competition events.

Posted by VolneyVet at 7:43 PM No comments:

I'm pretty sure that most Republicans

will read this and possibly pass it on.

My hope is that any non-Republicans

will read it and seriously absorb it.

In 1887 Alexander Tyler, a Scottish history professor
at the University of Edinburgh, had this to say
about the fall of the Athenian Republic some
2,000 years prior: "A democracy is always temporary in nature; it simply cannot exist as a permanent form of government. A democracy will continue to exist up until the time that voters discover that they can vote themselves generous gifts from the public treasury. From that moment on, the majority always votes for the candidates who promise the most benefits from the public treasury, with the result that every democracy will finally collapse over loose fiscal policy, (which is) always followed by a dictatorship."

"The average age of the world's greatest civilizations from the beginning of history, has been about 200 years. During those 200 years, these nations always progressed through the following sequence:

Professor Olson adds: "In aggregate, the map of the territory
McCain won was mostly the land owned by the taxpaying citizens of the country.

Olson believes the  United States is now somewhere between the "complacency and apathy" phase of Professor Tyler's definition of democracy, with some forty percent of the nation's population already having reached the "governmental dependency" phase.

If Congress grants amnesty and citizenship to twenty million
criminal invaders called illegals - and they vote - then we can say goodbye to the USA in fewer than five years.

If you are in favor of this, then by all means, delete this message.

If you are not, then pass this along to help everyone realize just how much is at stake, knowing that apathy is the greatest danger to our freedom..

This is truly scary!
Posted by VolneyVet at 1:20 PM No comments: 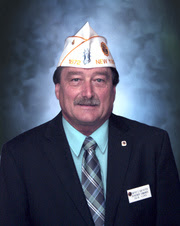 Tentative plans call for a tour of the Altmar Fish Hatchery in the afternoon after a lunch at Hastings-Gorski Post 1128 in Williamstown. This is a very educational and interesting tour.

Evening festivities include a social hour at 5:30 PM at the Fuller-Taylor Post 915 on Fulton Street in Central Square. This is a time to meet and greet the dignitaries and socialize with fellow veterans and their families. Dinner will follow.

The dignitaries will each give a summary of their programs for the year after the meal. ALL members of the American Legion Family are urged to attend and meet the new officers! 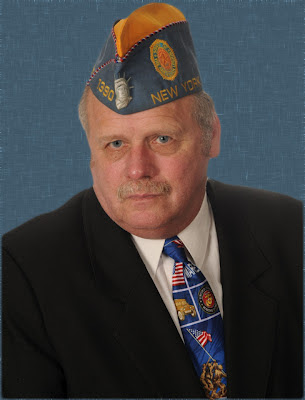 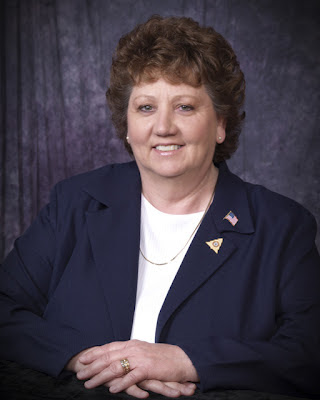