PLEASE send all future PINK sheets with names of members paid to:

Thank you.
Posted by VolneyVet at 6:22 PM No comments:

On Monday, November 1st, Department Commander V. James Troiola visited Oswego County with Department Auxiliary President Nancy Kurk and Detachment Commander of the Sons of the American Legion John Rogers. It was a cold, cloudy, gray day but no one complained too much.


Oswego County Commander Richard Palmer and other county officers met Commander Troiola at Fuller-Taylor Post 915 in Central Square at 11:00 AM. The Auxiliary Unit of the Post prepared a delicious luncheon of baked ziti with corn, rolls and dessert. 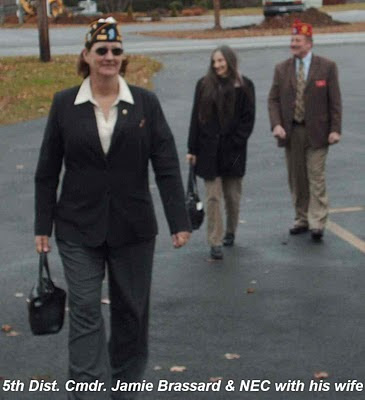 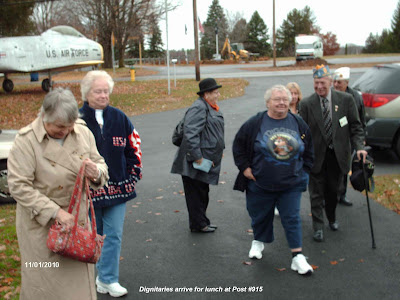 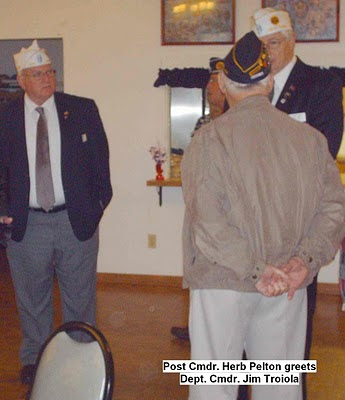 Across the road from the post home is an Eagle scout project that is the pride of all the members. Despite a few sprinkles of rain, the group visited the site where a crew is busy installing permanent lighting for the flags. 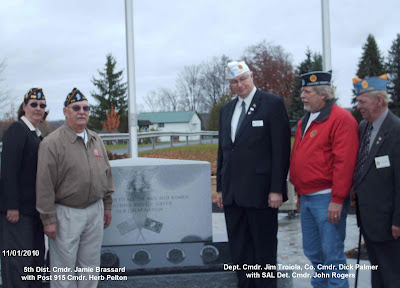 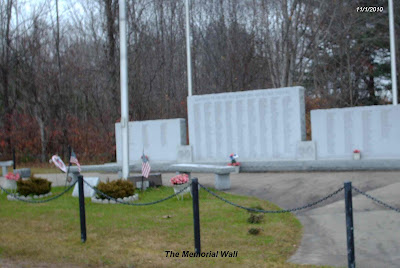 Then we motored to the Memorial Wall on the shores of Oneida Lake, a tribute funded by the local American Legion and the VFW which lists the names of all veterans from the area. It is an impressive site. The Cleveland American Legion Post 858 Color Guard was posted at the wall when we arrived from Central Square. 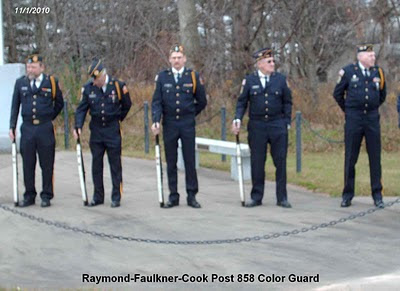 From the wall, we motored back to West Monroe to visit the West Monroe Historical Society housed in an ample building with many antiques and unusual items inside. 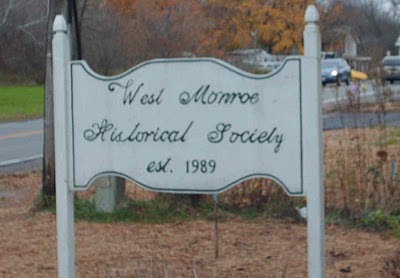 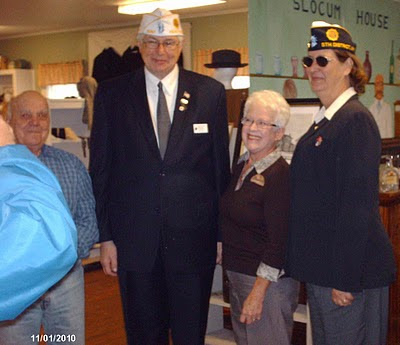 Pictured on either side of Department Commander Jim Troiola are the caretakers of the society with 5th District Commander Jamie Brassard standing by. Both persons were knew the history of the items within the museum. It was an interesting tour. 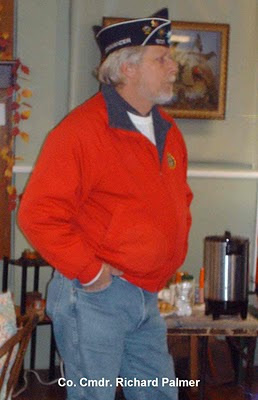 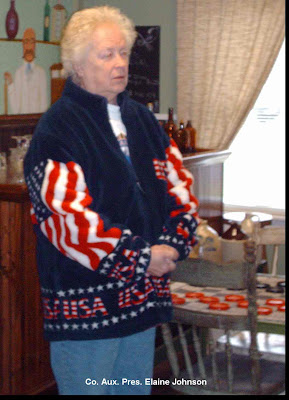 Oswego Co. Aux. President Elaine Johnson
One item of particular interest was a working loom for weaving rag rugs and the state commander was offered a chance to try his hand at weaving a rug. Of course there was not time enough to complete a rug but he did work the loom for a while to see how it worked. Then he held up a completed rug to show what it would have looked like. 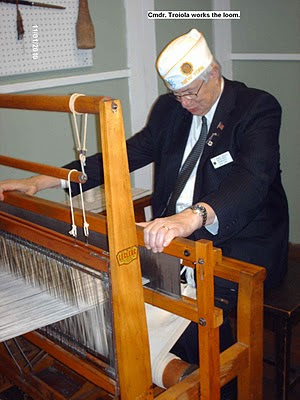 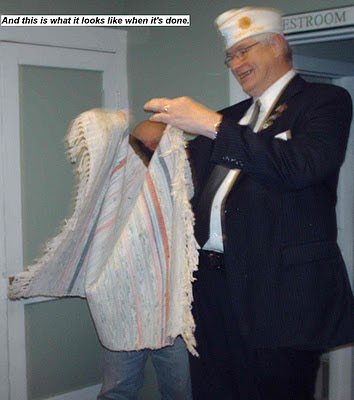 An unusual item at the society is a rolled up mural painted on material which has been restored and is a reflection on the agriculture in the local area. 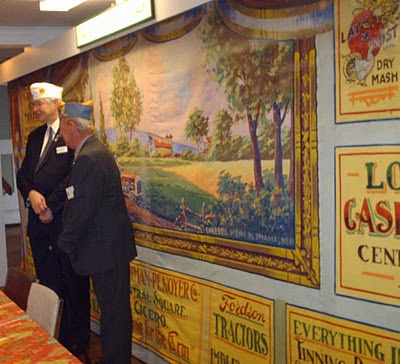 There is a tractor behind the commander on the mural and the driver is a woman. 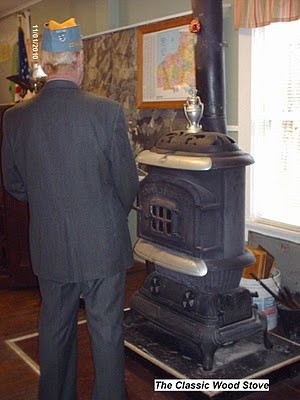 The wood stove sure gave off some nice heat on this damp, chilly day. Nothing like a warm wood fire.

From the museum we made a short trip to the Fort Brewerton Blockhouse a couple of miles down the road. There were lots of artifacts and antiques there also.
Posted by VolneyVet at 9:03 PM No comments: