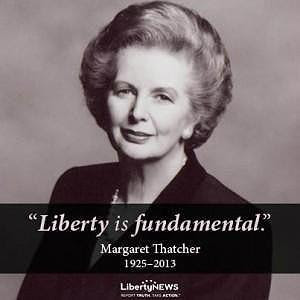 So, neither Obama nor anyone from his administration is going...

'Friends and allies of Baroness Thatcher expressed 'surprise and disappointment' last night as it emerged PRESIDENT OBAMA IS NOT PLANNING TO SEND ANY SERVING MEMBER OF HIS ADMINISTRATION TO HER FUNERAL.

Whitehall sources have revealed that the US delegation at tomorrow's service in St Paul's Cathedral will be led by two Reagan era secretaries of state: JAMES BAKER and GEORGE SCHULTZ.

Though President Obama himself had not been expected to attend, there had been speculation that he would be represented either by Vice President Joe Biden or wife Michelle.

The Queen's decision to attend Lady Thatcher's funeral has effectively elevated it to a STATE OCCASION unprecedented for a political figure in Britain since the death of Sir Winston Churchill in 1965.

Other world leaders, including Canada's Stephen Harper, Mario Monti of Italy and Polish Prime Minister Donald Tusk, are attending the service in person.
US embassy spokesman confirmed that no serving member of his administration would be present to pay their last respects, CITING A BUSY WEEK IN US DOMESTIC POLITICS.

Former defence secretary Dr Liam Fox, Lady Thatcher's closest ally in modern-day politics, said: "I think it would be both surprising and disappointing if after President Obama's fulsome tribute to Lady Thatcher, the American administration did not send a senior serving member to represent them."

Sir Gerald Howarth, chairman of the Thatcherite Conservative Way Forward group of MPs and peers, said: 'The bonds forged between the UK and the US through Ronald Reagan and Margaret Thatcher was instrumental in ending the Cold War and liberating millions of people.

'THAT THE PRESENT ADMINISTRATION FEELS UNABLE TO BE REPRESENTED AS THE WORLD MARKS THE EXTRAORDINARY CONTRIBUTION MARGARET THATCHER MADE WILL BE A SOURCE OF DISAPPOINTMENT TO THOSE WHO SERVED WITH HER IN THAT GREAT ENDEAVOUR.'
Posted by VolneyVet at 4:14 PM